When a loved one becomes ill, we rally. Our roles as spouses, partners, or parents take a backseat and we step up to become an instant caregiver. Caregiving is not a job that we are necessarily prepared for; it’s certainly not a job that we would ever desire. In fact, becoming a caregiver may be the most difficult job we’ve ever taken on. Yet many of us will become a caregiver at some point in our lives. The CDC calls caregiving “an important public health issue.”

An estimated four million people or eight percent of caregivers in the US care for someone with cancer, according to a 2013 study. At the same time, a 2016 report,  found that only 15% of caregivers use respite resources that provide short term relief for primary caregivers. Often caregivers neither have the time, knowledge, or notion to seek support for themselves.

The report also found that, “… as a result of advances in treatment and health care changes, much of cancer care is offered on an outpatient basis and is performed at home by caregivers. Research indicates that caregiving can be both demanding and burdensome – physically, emotionally, and financially – for many cancer caregivers.”

Being a caregiver of an oral cancer patient may be arguably one of the most demanding caregiving roles due to the harshness of the head and neck cancer treatment.

LaDeana Gordon and her husband, B.G., live in a suburb outside of Baltimore, MD. In September 2020, at age 57, B.G. learned that he had stage two HPV-related throat cancer. However, B.G. didn’t want to share his cancer diagnosis with anyone.

Nor did B.G. want to reveal that his cancer was caused by HPV. The human papillomavirus ranks as the most common STI yet the virus suffers from a social stigma—a stigma that contributes to misinformation about the HPV vaccine as cancer prevention. Benny only felt comfortable after his surgeon told him that HPV is the most common STI in the country.

“It was his choice when to share his cancer battle but I needed to be able to talk to someone,” says LaDeana. “I’m the queen of taking care of others. I had too many things on my plate and I couldn’t eat it all.” 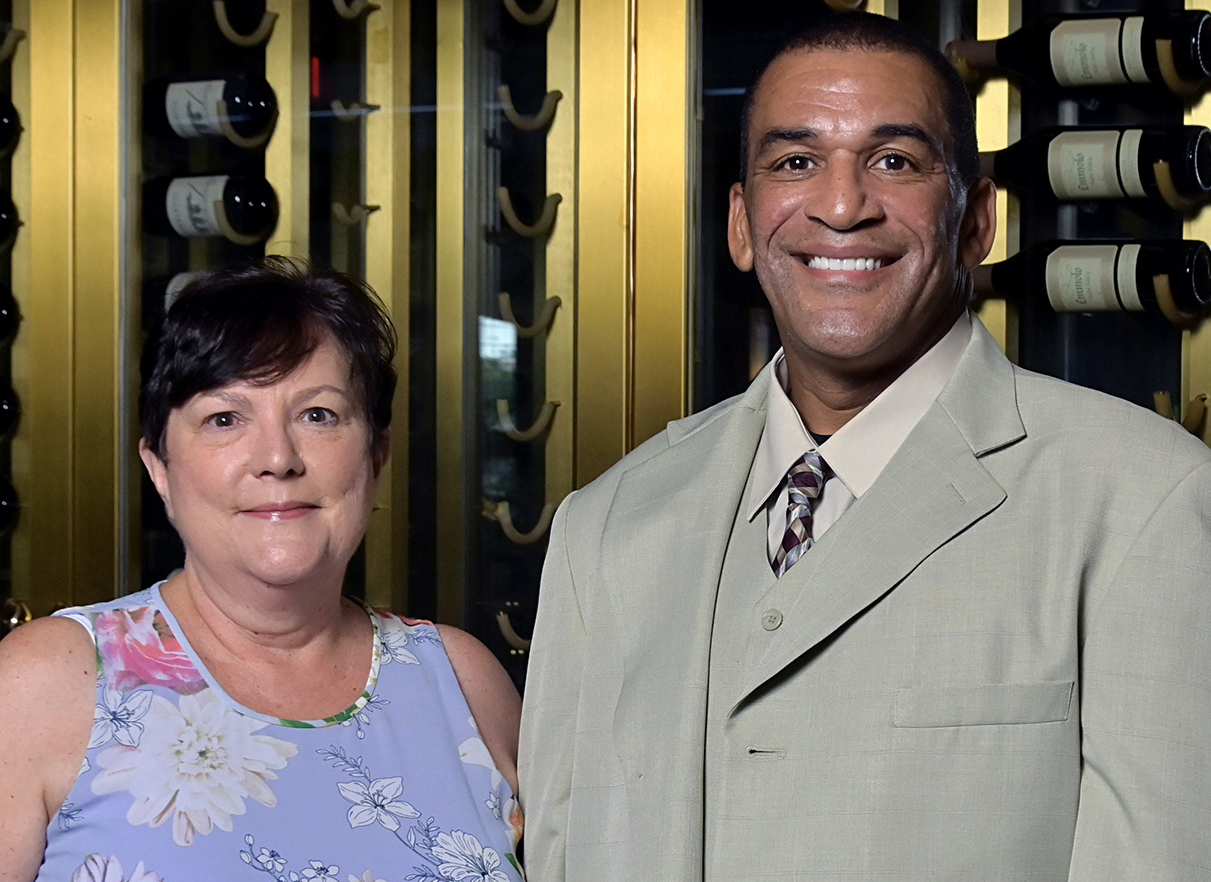 In fact, LaDeana became her husband’s caregiver long before cancer. During a 2015 roller skating accident the day before Thanksgiving, B.G. fractured his skull and suffered two brain bleeds. He insisted that only LaDeana stay by his side in the hospital as he recovered from the traumatic brain injury (TBI). As a result, she spent eight nights sleeping on two hospital room chairs. Feeling tired and overwhelmed, LaDeana finally went to a hotel room to get some rest.

Then one night at three in the morning, B.G. began to pull out his feeding tube.

“I absolutely lost it,” says LaDeana. “I was sure at that moment that he was going to die and I was terrified that I was going to lose him. And I was livid.”

LaDeana understood that the feeding tube was uncomfortable for B.G.; however, she could not understand how he could remove the tube and not take her and his family into consideration. Her anger exploded into her turning point where she learned to take another approach.

During radiation treatment, his doctor recommended that LaDeana apply an ointment to B.G.’s skin to temper the radiation burns.

“When I tried to apply the ointment, B.G. refused it. As a caregiver, you can’t take their frustration personally. It’s something they can’t control and they take it out on the person who loves them the most,” says LaDeana.

LaDeana stepped back—literally walked away—and allowed her husband’s frustrations and pain to play out, but not at her own expense.

She waited then said, “I’m happy to put that ointment on you if and when you want it. It’s your skin. You decide. Finally after a while, B.G. said to me, ‘Are you going to rub that stuff on my neck?’ I replied that it would be a great benefit to him so the burns won’t be so bad. I had to become LaDeana the nurse, instead of LaDeana the wife.”

Caring for the Caregiver

Imerman Angels’ mentor angels program matches and connects those who have walked a similar cancer journey. The organization’s mission is, “to provide comfort and understanding for all cancer fighters, survivors, previvors and caregivers through a personalized, one-on-one connection with someone who has been there.”

“Mentees don’t want to be told what to do, they just need to share their feelings,” says LaDeana.

And LaDeana should know. She continues to be a caregiver after B.G. began battling cancer once again; last September, he learned that he must now fight prostate cancer. 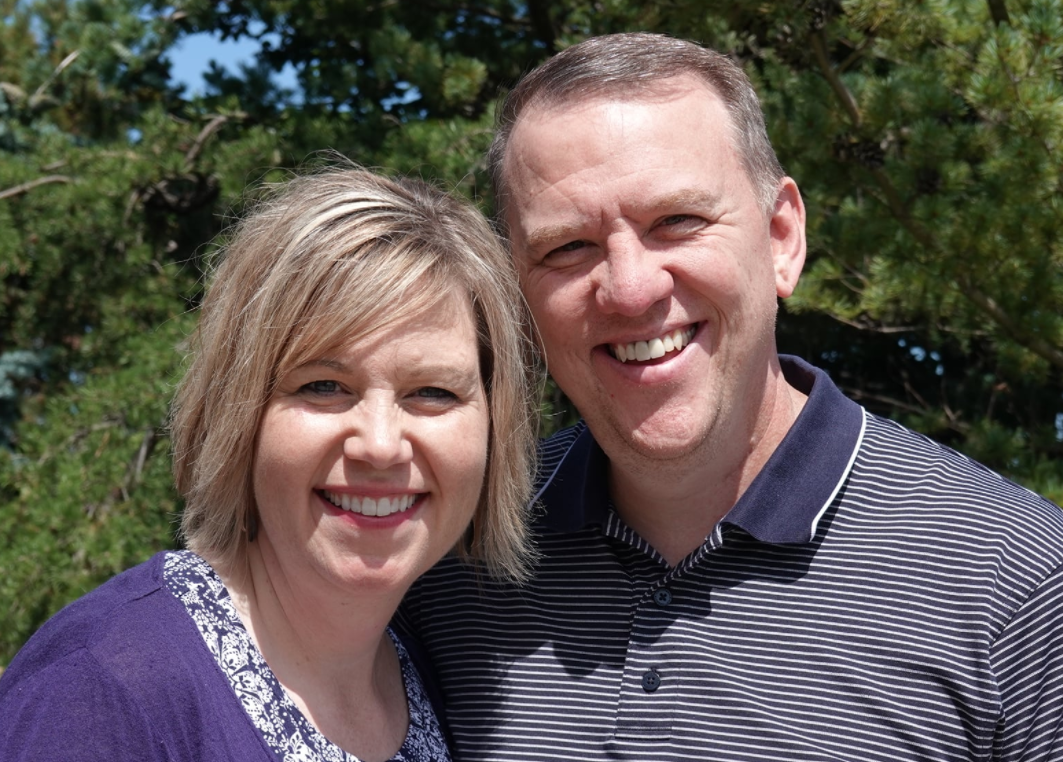 For Kristin, that meant not only serving as a caregiver for her parents, Rick and Kathy Ketchum; now, she needed to support her husband through his illness too.

“My parents were overwhelmed and couldn’t always remember what the doctor told them, so I had to be that person,” Kristin remembers. “At the time, I also felt guilty because I couldn’t give Jeremy 100 percent of my attention. I had to focus on my Dad because he was experiencing asphyxiation and starvation, having nothing solid to eat for six weeks.” 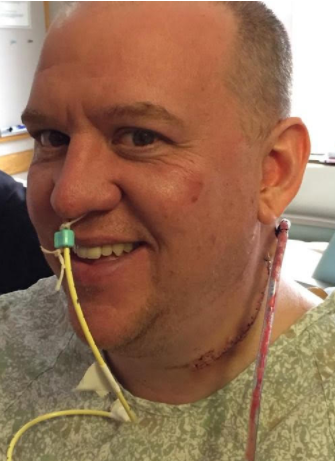 Jeremy underwent a tonsillectomy at the University of Wisconsin Hospital in Madison, WI. He received radiation at UW Health’s SwedishAmerican Regional Cancer Center near his and Kristin’s home in Illinois. The radiation treatments took place at the end of a long work day for Kristin. Sometimes when it all became too much, Kristin found relief by putting on a pair of headphones at her desk.

“I would listen to music and let the tears fall. It wasn’t a sobbing cry, just a release,“ says Kristin. “I do feel that I have a lot of PTSD over this whole thing. I’m not really dealing with it. I just bore through it with all the energy I had and focused on making Jeremy better, trying to make my Dad better, and knowing better wasn’t going to happen.”

Jeremy finished radiation in May; six weeks later Kristin’s father took a turn for the worst. On the day of Jeremy’s one-year post-surgery checkup, Kristin’s father passed away at the age of 68.

Kristin doesn’t know where she found her source of strength but today, like LaDeana, she mentors other cancer patient caregivers through Imerman Angels.

She believes the best way to be a strong caregiver is through knowledge. “I battled this with information, from knowing, from trying to be prepared,” says Kristin.

Like so many other caregivers, LaDeana and Kristin lacked their own sources of support during their husbands’ cancer journeys. It’s not that family and friends don’t love and care for you, but they often don’t know what to say. They also don’t know what to do. The result can be that caregivers shoulder the burden alone.

However, Kristin wants it to be different for other caregivers. She is helping them feel better as an Imerman mentor angel. Her mentees include a woman whose middle aged son has HPV tonsil cancer and a male caregiver in India. Jeremy also volunteered to mentor throat cancer patients. So far no one has called him and therefore, we must also do a better job of educating patients about available resources.

How to Help a Caregiver

If you’re a caregiver, don’t forget about yourself and ask for help. Some may think you want privacy so let them know that you need support, perhaps just someone to talk with.

Maybe you could use help picking your children up from school. Or, you would really appreciate someone setting up auto-pay for all your bills. And it’s always helpful to have someone else take care of small errands like going to the grocery store.

If you know a caregiver but don’t know how to support her or him, simply reach out and ask how you can help her, or him. Or offer your skills to help with a needed task.

When Someone You Love is Being Treated for Cancer booklet