Tim Cretsinger of Cedar City, UT, was diagnosed with HPV throat cancer on December 12, 2013. He chronicled his six-week cancer treatment journey in a series of YouTube videos. Tim and his wife, Lisa, hope that by sharing his story, they can help others facing the fight. 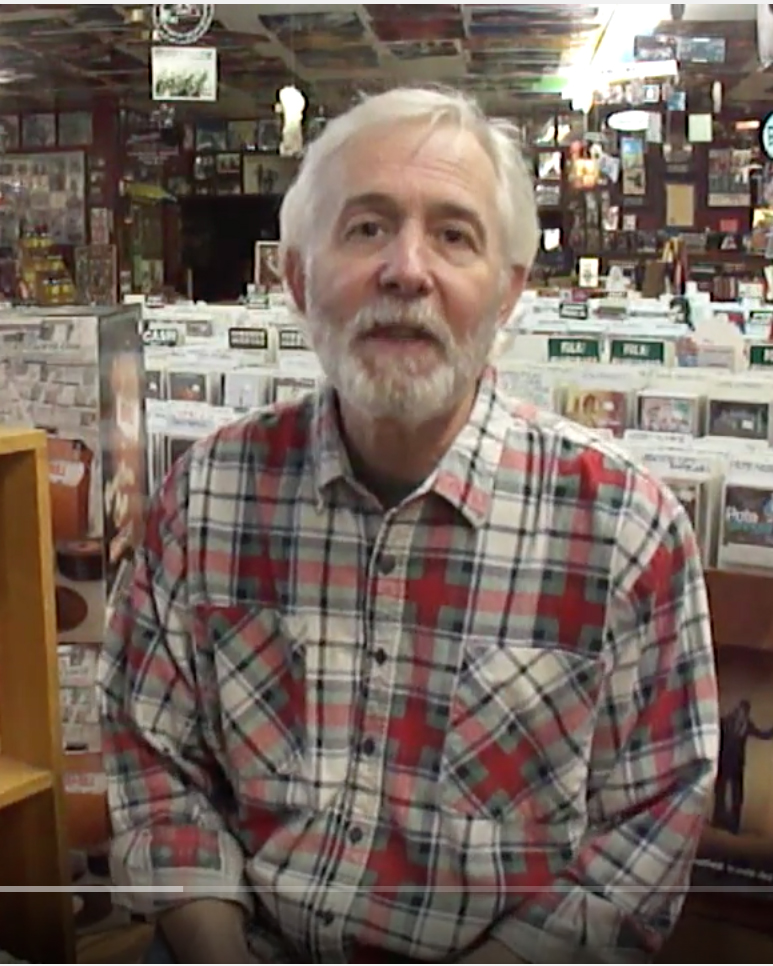 February 8, 2014
Tim starts first treatment of Chemo/Rads on Monday for HPV16 throat cancer
Tim was diagnosed with cancer in his tonsil on Dec. 12, 2013. The tumor biopsy was HPV16 positive.
February 22, 2014
Tim at 2 weeks of daily radiation for throat cancer HPV16
Tim can finally open his mouth all the way and the swelling is going down from the cancer in his tonsil and throat caused by the virus HPV16. His throat is getting sore from the radiation and everything tastes horrible, his saliva glands no longer work probably and he has severe Tinnitus, but the treatment seems to be working. He is not looking forward to another dose of Cisplatin which makes him very, very sick.
March 1, 2014
End of week 3 of radiation for Tim
Tim finished the third week of radiation this week. The second dose of Cisplatin is Monday. He meets with an audiologist next week to determine how much hearing damage he has sustained. His beard is falling out, lets hope he doesn’t lose any hair on his head. It is getting harder and hard to swallow and clear his throat, but Tim is determine to eat and drink as normally as possible. Next week will be a hard one, but the prognosis is good and his doctors think he will be cured of tonsil cancer due to the virus HPV16 at the end of treatments by the end of the month.
March 8, 2014
Week 4 of radiation & chemo done for Tim HPV16 throat cancer
Yesterday Tim finished the fourth week of treatment for stage 4, HPV16 positive throat cancer. He has had 19 radiation treatments and 2 Cisplatin doses. His hearing is significantly damaged, we hope not permanently, the Tinnitus seems to be worsening…. Other side effects are the loss of hair and weight loss from extreme nausea. He does have mouth sores, but is handling them as well so far. He is fatigued and generally miserable, but as the chemo leaves his body he feels much better and today is able to eat some. Tim still comes into work for a few hours everyday and has a new profound respect and sincere empathy for anyone living through the nightmare of cancer treatment.
March 15, 2014
Tim at 2 Cisplatin 25 radiation treatments
Tim at 2 Cisplatin 25 radiation from throat cancer caused by HPV16. Tim is weak from no food due to extreme nausea. He can’t keep anything in his stomach. He has had 25 radiation treatments on his entire neck with 11 more to go and 2 doses of Cisplatin with one more to go. The skin on his neck is red and starting to burn. He has many sores and throat discomfort, it is hard to swallow, to speak, to eat or drink, he has thrush & build up that is more and more difficult to clear. This has been one tough week with more hard days to follow for sure. His doctors tell us that he is progressing well and that after the recommended treatments he will have a 90% chance of being rid of cancer. An Audiologist examination revealed that the Tinnitus is likely caused by the drug Cisplatin and not from hearing loss. We hope it will go away, there is no guarantee. It is very bothersome for Tim. We are still working at our record store Groovacious and planning our June music festival, Groovefest Music & Art Festival. Thanks for your continued love and concern for Tim – we can hardly wait for the time when these nightmarish days we are living right now are far far away.
March 22, 2014
Tim after 30 Rads & 2 Cisplatin
Tim is very fatigued and generally worn out after 30 radiation treatments and 2 doses of Cisplatin. He has six more radiation to go and is done with chemotherapy for throat cancer due to HPV16. Tim had a tumor removed from his tonsil Dec.19,2013 and began treatment Feb.1, 2014. He’s lost about 20lbs, his sense of taste, damage to salivary glands, loss of hair on his face and has severe Tinnitus and nausea. Sorry the quality is a little poor, it’s late and I was in a hurry to get this weekly video online for family & friends to see.
March 29, 2014
One more session of radiation for Tim out of a total of 36
Tim has one more session of radiation on Monday for stage 4, HPV16 positive throat cancer. Most of his symptoms are manageable and in time will hopefully dissipate. The biggest issue now is lack of energy and strength. Let’s hope all this treatment killed the cancer cells in his body.
May 13, 2014