HPV Vaccine Awareness:  We can do better!

“ … less than a third of people with a less than high school education are aware of a potentially cancer preventing vaccine, we know we can be doing better. “ 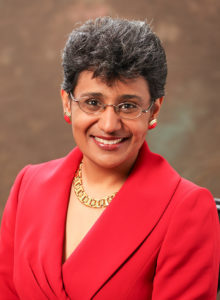 July 2013 – Physicians and public health advocates are well aware that the human papilloma virus (HPV) is associated with a number of different cancers, and more importantly, that vaccines exist that can prevent these malignancies. The bigger question, however, is whether the American public (or indeed, the world) knows these facts.

While the influence of celebrities like Michael Douglas telling their story certainly helps to raise public awareness, we wondered whether we are doing enough to ensure that Americans (and more particularly, young Americans for whom the vaccines are recommended) are aware of their existence.

In a recent study we presented at the American Society of Clinical Oncology, we looked at this issue. We used the National Health Interview Survey – a study performed annually by the Centers for Disease Control (CDC) that is widely touted as the largest source of population-based health information of the American non-institutionalized civilian population.

In 2010, over 20,000 people were questioned about their awareness of HPV vaccines. People aged 18-26 were more aware of the vaccine than their older counterparts – which is great, since this is the cohort for whom the HPV vaccine is recommended. (Recall that the CDC guidelines recommend routine vaccination for girls aged 11-12, but the series of 3 doses could start as early as age 9, and ideally is complete by age 26. For boys, HPV vaccine is also recommended between the ages of 9-26 for the prevention of genital warts.) But then the question is – what about the people older than age 26? The parents whose children would be eligible for vaccination? Could we be doing better in terms of educating them?

Don’t get me wrong…. Even in the most affluent groups, those with professional/doctorate degrees, and those with private insurance, there was a less than a 75% rate of awareness of the vaccine. But when less than a third of people with a less than high school education are aware of a potentially cancer preventing vaccine, we know we can be doing better.

As a society, steeped in knowledge, we must ensure that our citizens are aware of HPV – what it is, what it can do, and how its effects can be prevented. To choose vaccination is an individual’s prerogative, but for people to be unaware of the vaccine’s existence, we render them powerless to make an informed decision. We must do better – to educate those who are least aware, and to encourage people to follow evidence-based guidelines for vaccination – must be a priority for us.

The fact that we have vaccines to prevent cancer is a huge advance, and it would be tragic to let a lack of awareness be to blame for preventable cancers.

Dr. Anees B. Chagpar is an associate professor at the Yale University School of Medicine, Department of Surgery with a particular interest in public health as it pertains to cancer.