“Why, why, why?” You may remember that infamous cry by Olympian ice skater Nancy Kerrigan when rival Tonya Harding attacked her at the U.S. Figure Skating Championships in 1994. When it comes to cancer, many patients may ask the same question albeit there is no definitive answer.

Last year, when 62 year-old David Gillaspie of Portland, OR was diagnosed with HPV-related oropharyngeal cancer, also known as HPV throat cancer, the “why” question became a normal reaction.

That is, until an incident in a treatment waiting room changed his attitude, and changed how he faced his cancer battle.

Deciding How to Battle Cancer

That day, Gillaspie sat next to an old man waiting for his chemotherapy appointment and a woman who was the driver for another patient. Gillaspie says the man became angry and started going off on the woman by yelling at her.

“I asked the guy, ‘Is this what helps you because it’s sure not helping me?’” says Gillaspie. 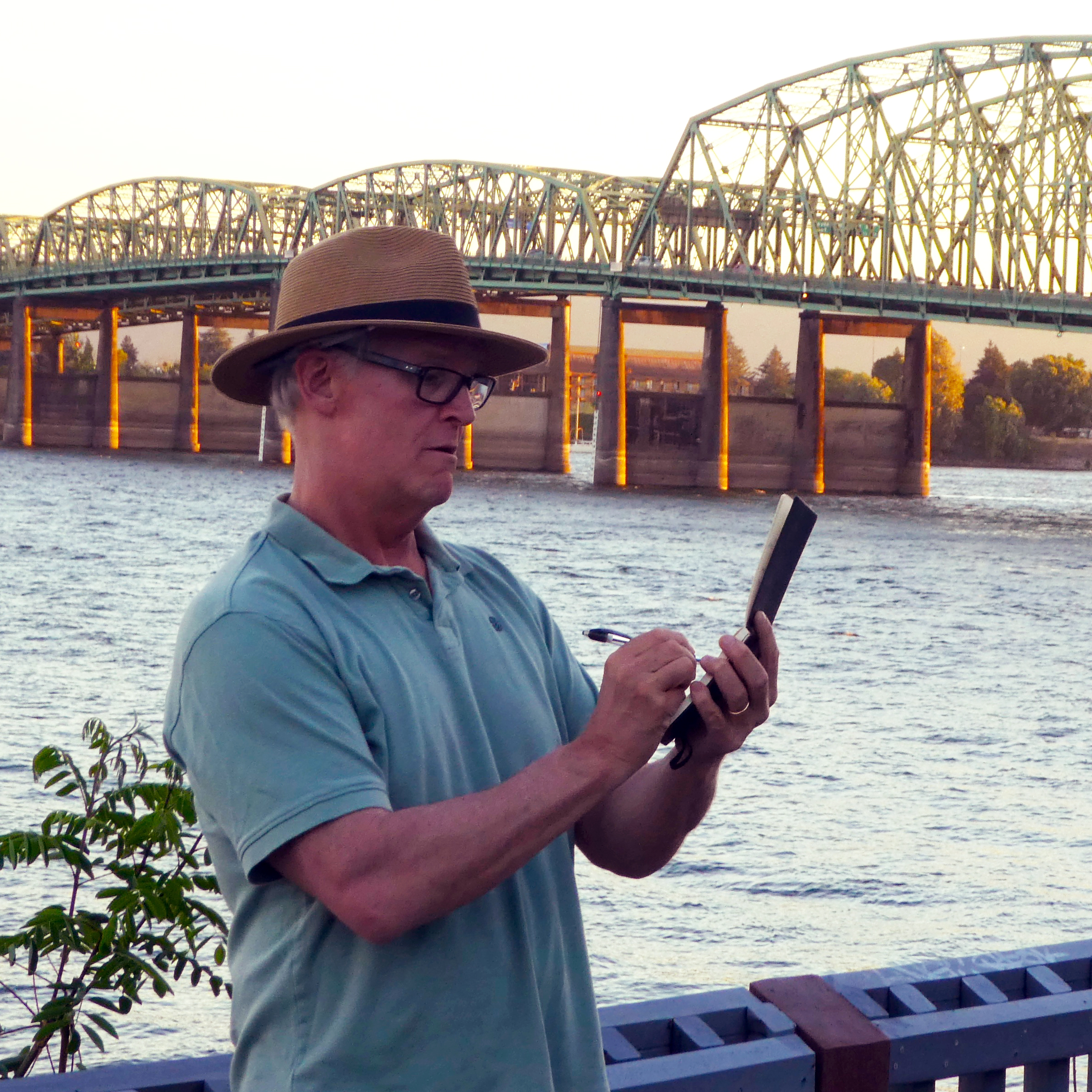 After that Gillaspie stopped feeling sorry for himself and used writing as therapy. His blog, Boomerpdx.com, began as a lifestyle blog for “younger Baby Boomers and millennials.” Gillaspie’s most recent blogs chronicle his observations as a cancer survivor. He writes about everything from the HPV vaccine to how cancer survivors can explain their illness to those untouched by cancer—all under the heading, “Toughen Up Health.”

Even before cancer, Gillaspie could be called a tough guy. An Army medic during the mid-70’s in the Vietnam War Era. An all-American wrestler in high school.

In fact, Gillaspie was at the gym working out when he first noticed a small lump and swelling in his neck. When the lump didn’t go away, his wife, Elaine, insisted that he see a doctor. After Gillaspie received a positive diagnosis for HPV+ throat cancer, he went straight into treatment.

“I wanted to know the alternatives but Elaine knew about this kind of cancer and realized its seriousness,” says Gillaspie.

At the Providence Radiation Oncology Program in Portland, Gillaspie prepared for seven weeks of radiation. He thought he would “skate” through the treatment but radiation is cumulative and by week five, the harsh effects of daily radiation took its toll.

“I was a mess,” says Gillaspie. “I became dehydrated. It took an hour to drink eight ounces of water or Ensure.”

Gillaspie remembers eating as unappealing. One bite made him gag. Since he didn’t have a feeding tube, he had to force himself to eat the normal way—through his mouth. Except eating wasn’t at all normal. Medical marijuana helped with the pain. By the time he finished radiation, Gillaspie had lost 60 pounds. Following his doctor’s recommendation, he had bulked up to 260 pounds prior to radiation and chemo. Even at a solid 200 pounds post-treatment, friends remarked on how different he looked.

This month will mark one year since Gillaspie began his cancer journey. While the recovery progress varies in individuals, Gillaspie says his last MRI scan was clear. He feels strong and positive that he will remain cancer-free.

“I almost surrendered but once you do, it is associated with, ‘Why bother?’” says Gillaspie. “The idea of surrender indicates everything is off the table but no, everything is on the table.”

While the majority of HPV-related oropharyngeal cancer patients are middle age men, Gillaspie hopes his blog will also help educate young people. A study by the CDC finds that two-thirds of teens and young adults surveyed, from 15 to 24 years old, engage in oral sex. Research shows that those who have oral sex partners are more likely to contract HPV in the throat than those who do not have oral sex.

“This could be their generation’s plague,” says Gillaspie.

The mainstream media is beginning to talk openly about how oral sex may cause HPV throat cancer. A recent article in Men’s Health states, “depending on the strain you’re infected with, HPV can raise your risk of cancer—specifically of your oropharynx, or the middle part of your throat.”

Similar to the AIDS pandemic that first surfaced more than 30 years ago, HPV carries a social stigma. Often HPV-related throat cancer patients refuse to reveal that HPV caused their cancer.

As more and more breast cancer patients reveal their disease and find strength in numbers, transparency amongst HPV throat cancer patients remains minimal. When actor Michael Douglas revealed that HPV caused his oropharyngeal cancer, the public made jokes about oral sex and Douglas’ private life. In his 2012 public service announcement, Douglas does not say “HPV” by name. Instead he says, “A very common virus, one responsible for the vast majority of cervical cancers, is now identified as the cause of this rapid rise of oral cancers.”

Despite the taboo surrounding HPV, the numbers are black and white. According to the National Cancer Institute, HPV causes about 70% of oropharyngeal cancers. According to a new report by the Centers for Disease Control (CDC) and Prevention, HPV vaccination rates are now improving.