I am a 60 year old male who discovered a few months back (June 2013) that I had HPV cancer in my right tonsil. My symptoms were a scratchy throat, and the only reason I went to an ENT was because I also wanted to see what could be done about the tinnitus I have. Fortunately for me, I was in an earlier stage of the cancer; Stage 2. Unfortunately, for me, the surgeon did not do what we agreed to beforehand. I asked him to simply do a biopsy on the tumor during the surgery and if it was cancerous, to close it up and to let another surgeon perform TransOral Robotic Surgery “TORS” to remove the tonsil and tumor. This would improve my chances of getting clean margins, which means they got all of the cancer and helped me to avoid radiation and chemotherapy treatments. The surgeon agreed to this but during the surgery, he felt he had a chance to get it all and so he removed my tonsil and the tumor. Unfortunately, he did not accomplish clean margins. So, when I visited him after the surgery, he said I would be his patient for five years and he was referring me to a radiation oncologist and hematology oncologist for radiation and chemotherapy treatments. 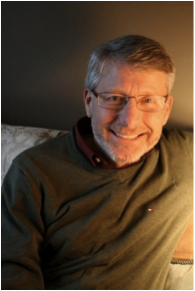 A friend of mine who is an ENT doctor suggested I first try to have another surgery to accomplish clean margins if at all possible. I returned to the first surgeon who said he would perform the robotic surgery if the other surgeon did not remove the tonsil. His response was “absolutely not”. With the tonsil removed, he could not perform the robotic surgery. I researched further and found Dr. Gregory Weinstein at UPenn Hospital in Philadelphia. Along with Dr. O’Malley, Dr. Weinstein actually pioneered the TORS robotic surgery for the head and neck. Performing this surgery after the tonsil was removed was no problem for him. He was incredible and the patient care I received at UPenn was superb as was the patient coordination.

I drove up to Philadelphia for the 1st dissection to remove four levels of lymph nodes. Four days later, they performed the TORS Robotic surgery. A week later, the pathology report came in and it said, “No residual cancer.” According to Dr. Weinstein, this meant I did not have to undertake radiation treatments nor chemotherapy. This was very advantageous for me. I did have to utilize a nose oriented feeding tube for two weeks, but avoided seven weeks of radiation and chemo and the high probability of a PEG tube for feeding for several months or longer.

Ten months post surgery, I just had a follow up MRI and received a “clean” report evidencing no cancer. I now have only one minor remaining issue with swallowing, sometimes needing additional water when I am eating to wash the food down. I understand this will continue to improve over time. Previously, I had a minor and temporary mobility limitation in my right arm is now nearly completely resolved. By avoiding the radiation and chemo, I have also avoided the associated side effects. I have no soreness in my throat, I have full salivary gland functionality and none of my taste buds were negatively impacted.

Best of all, I have a minimal (2% to 4%) probability of recurrence.

I highly recommend Dr. Weinstein at University of Pennsylvania Hospital if one is looking for the best TORS surgeon for throat and neck. He has also trained a number of TORS Robotic ENT surgeons around the country.

In my estimation, if one has an earlier stage HPV cancer, it is definitely worth it to attempt to achieve clean margins with TORS Robotic surgery in order to avoid radiation and chemotherapy and their potential negative side effects.

If you are early stage HPV cancer and a physician is recommending radiation and chemotherapy, please ask him to detail for you the associated side effects and all of the risks related to those therapies over the short, medium and long-term, including but not limited to chronic fibrosis and devascularization. And then pursue the possibility of obtaining clean margins with TORS robotic surgery instead. If you do this and avoid the radiation and chemo, you are doing yourself a big favor.